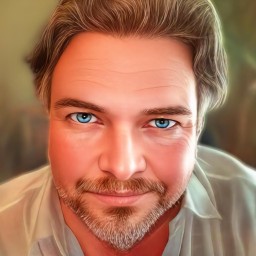 The Raspberry Pi® is a single-board, low-cost, high-performance computer first developed in the UK by the Raspberry Pi Foundation, and has become the go-to product for the community.

It’s a smaller version to the Pi 3 – with just a micro SD card slot, a mini HDMI port, two micro USB ports (one for power, one for USB), and 512MB of RAM.

It has a single-core 1 GHz processor chip, similar to the Pi A+ and B+.

The Raspberry Pi 4 Model B is the newest Raspberry Pi computer made, and has a faster processor, USB 3.0 ports, and updated Gigabit Ethernet chip with PoE capability.

The dual-band wireless LAN comes with modular compliance certification, that’s the metal tin in the corner of the Pi, with the logo stamped on it. This allows the board to be designed into end products with significantly reduced wireless LAN compliance testing, improving both cost and time to market.

Arduino is the popular open-source electronics prototyping platform based on easy-to-use hardware and software. It’s intended for artists, designers, hobbyists, and anyone interested in creating interactive objects or environments and is designed to be as flexible as possible to fit your project’s needs.

Interested in making neat stuff with an Arduino-compatible board but not sure where to start? This kit includes all the pieces needed to complete over 20 different circuits and projects. Basically everything you need to be playing within minutes of its arrival. No soldering required, works with Mac, Windows, and Linux!

The Adafruit Metro. is the culmination of years of playing with AVRs. At the heart is an ATmega328P, with 32KB of flash and 2KB of RAM, running at 16 MHz. It is fully compatible with the Arduino IDE (select “Arduino UNO” in the board-type menu). The METRO is powered with 7 to 9V and has 19 GPIO pins.

It has a USB to Serial converter, four indicator LED’s and can be easily programmed with the Optiboot bootloader:

Subscribe to our newsletter to keep up with the latest trends!

Keatten Labs is Under Development Dismiss